Sometimes things are functional until they really aren't. Sometimes the decline to nonfunctional is slow, imperceptible. Other times the abruptness is such that it creates whiplash and leaves the cervical vertebrae splintered.

If you aren't prone to anxiety or other mental illnesses, the previous sentences might not mean much. But if you've experienced the feeling of being in a different plane and looking in on the living while for some reason not being able to get there, then you totally get it. And for that I'm sorry. I also get it and wish I didn't have to be part of this tribe. But a card holding member I am and so it goes. Or sometimes it doesn't go. Which is my point.

This year hasn't been much of a go for me. It feels as though I've spent more time curled up in knots, trying to scrape the nails from the ends of my fingertips than being productive in any manner. It's been a slow decline and I can't exactly pinpoint where or when it began. However, the origins don't particularly matter when daily inertia is near to impossible. What I do know is that sometimes it's just fine to lean on Big Pharma for a hug. It's not the ultimate solution but it is a Band-Aid and that's good enough for today. 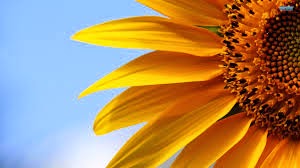 Posted by That Uncomfortable Itch at 1:53 PM